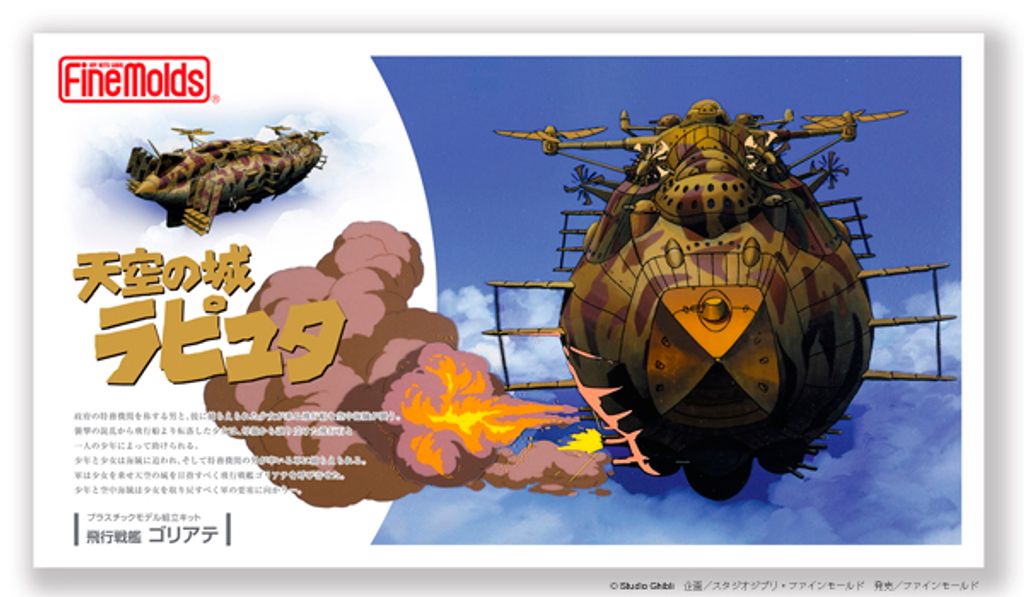 From the animated work "Castle in the Sky" produced by Studio Ghibli, which was released in theaters in 1986, a model of the military flight battleship "Goliate" that captured the girl
Theta and called for Laputa. Can be assembled without adhesive. In addition, 1/20 scale Captain Muska (assembled, unpainted) is also included.

1. Completely new mold for 2019
2. The panel line is engraved very finely so as not to impair the sense of scale.
3. The rocket boat suspended under the fuselage is also reproduced.
4. Includes Tiger Moss from the Dora family of the same scale.
5. 1/20 scale Captain Muska (assembled, unpainted) is also included.