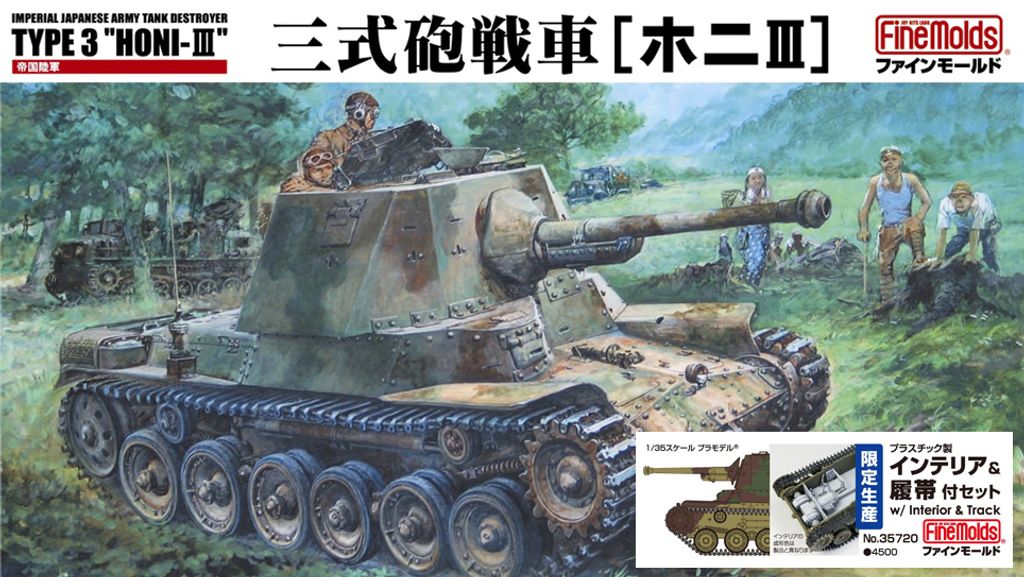 The Type 3 Ho-Ni 3 was planned by the Army Weapons Administration Headquarters in 1943 as a 75mm gun tank. It was based on the 70mm semi-self-propelled artillery [Honi] that has already been deployed in actual battle. in addition to the character of a conventional artillery tank whose main task is to control enemy positions, it has anti-tank combat capability that can compete with powerful enemy tanks. Developed using the chassis of the Type 97 medium tank, it was well armored. The main gun is equipped with a Type 3 70mm field gun based on the Type 90 field gun, and was expected to be a tank that can destroy the US Army M4 tank from the front at a distance of 600m.