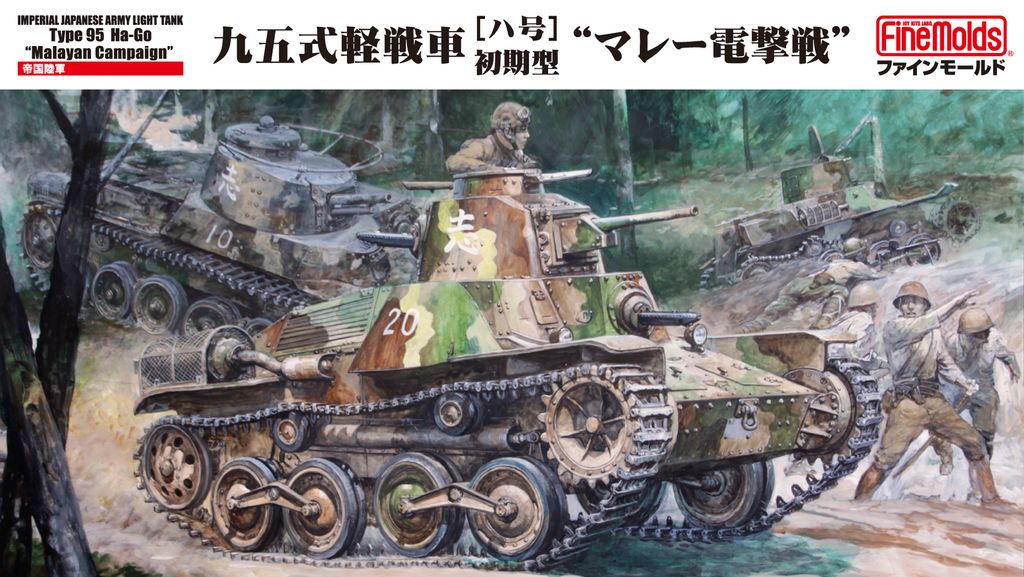 Fine Molds accurately reproduced Typ 95 Ligh Tank that was used in the Malaya Campaing. Prior to the Navy's attack on Pearl Harbor in Hawaii, the Army landed in the northern part of
the Malay Peninsula. The troops advanced 1,100 km in just 55 days with the British troops defending various parts of the Malay Peninsula. As the troops approached Singapore, which is a strategic point, the Type 95 light tank make full use of its mobility and firepower. The kit reproduces the short front fender called the early model and the so-called normal
suspension arm. Marking sets the tank belonging to the 1st Armor Regiment that participated inthe Malayan Campaign.