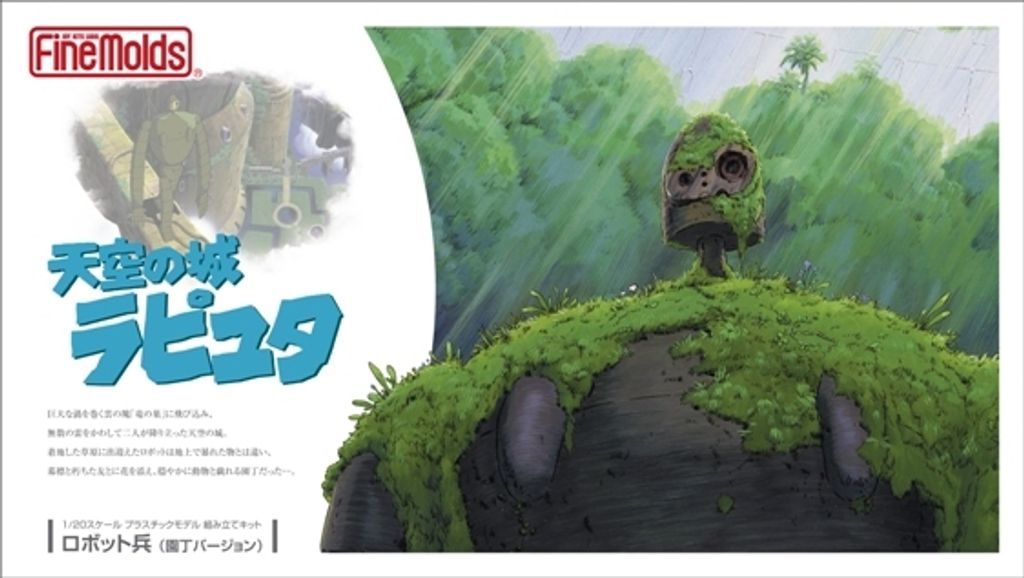 A robot that plays with animals by adding flowers to a tombstone and a decaying friend, where the two main characters who arrived at Laputa met in the latter half of the play of the animation "Castle in the Sky" produced by Studio Ghibli, which was released in theaters in 1986.
Adhesive-free snap-fit model that assembles the inner frame and assembles the exterior to cover it. The molding color of the parts is similar to that of the anime setting, and you can imagine the atmosphere without painting. In addition, Theta, the heroine of "Castle in the Sky", and one fox squirrel playing with a robot soldier (6 parts for Theta, 1 part for fox squirrel, both unpainted in a single color). The emblem on the chest of the robot soldier and the eyes of Theta are reproduced with the attached stickers.